The UNESCO Intergovernmental Committee, at its session held on 16th November 2010 in Nairobi, made the decision to include the Alka of Sinj in the Representative List of the Intangible Cultural Heritage of Humanity. 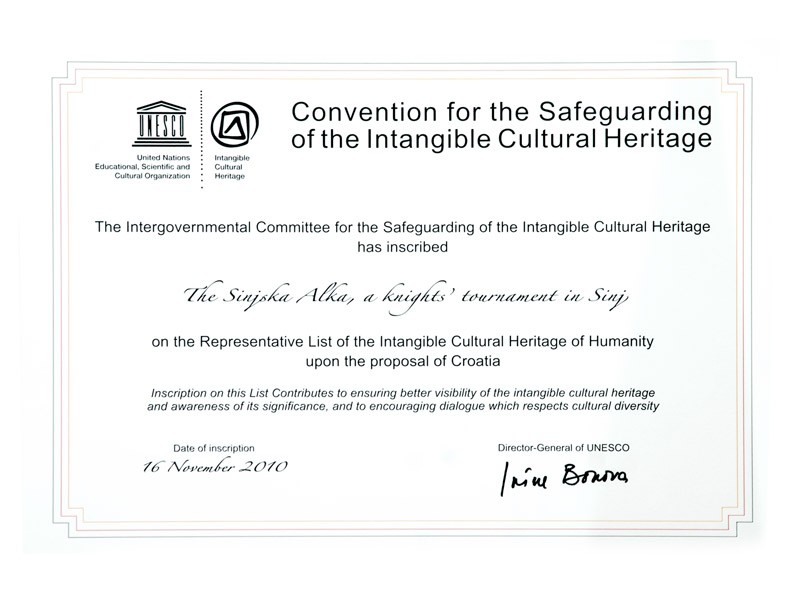 The session was attended by 400 representatives of 132 States Parties to the Convention on the Protection of Intangible Cultural Heritage.
Thus the oldest knight game in the world got an official recognition from the most relevant world organization for the promotion of cultural values.