At the end of the competition the Duke’s adjutant informs the Duke which alkar has the highest score. Duke orders him to bring the alkar. 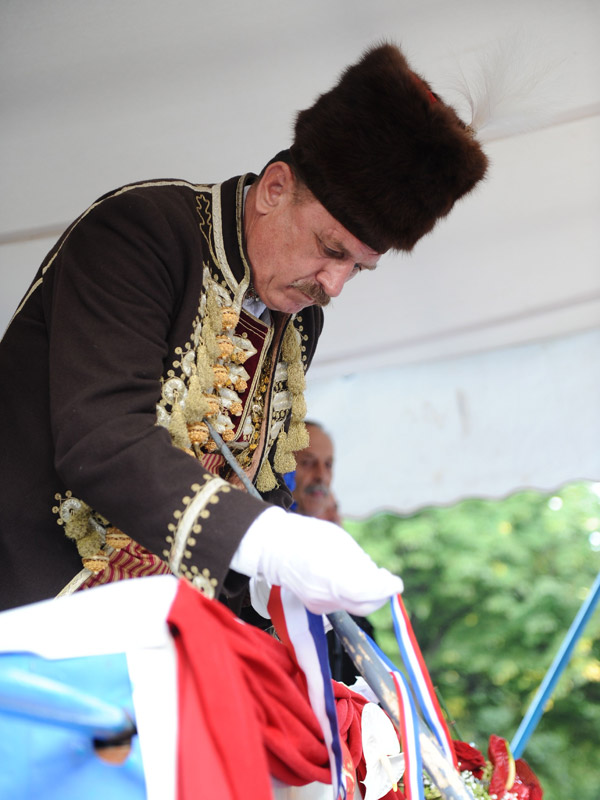 After the adjutant has accompanied the alkar to the Duke’s box, Duke declares him winner the champion and puts on his spear the Croatian tricolour – a pennant. Firing from the Old City ramparts accompany this solemn act.
Winner the champion receives, as a lasting gift, a golden alka, and his squire receives a silver alka. The winner’s name and his squire’s name are entered into formal documents, to make it known to posterity.
After the victory ceremony, all the Alka procession participants move the same way as when arriving, leave the racecourse and pass through the main town square, accompany the Duke to the Alka Halls, then accompany winner the champion and commander to their homes, and finally go their separate ways.