The Alka competition goes on in three races. 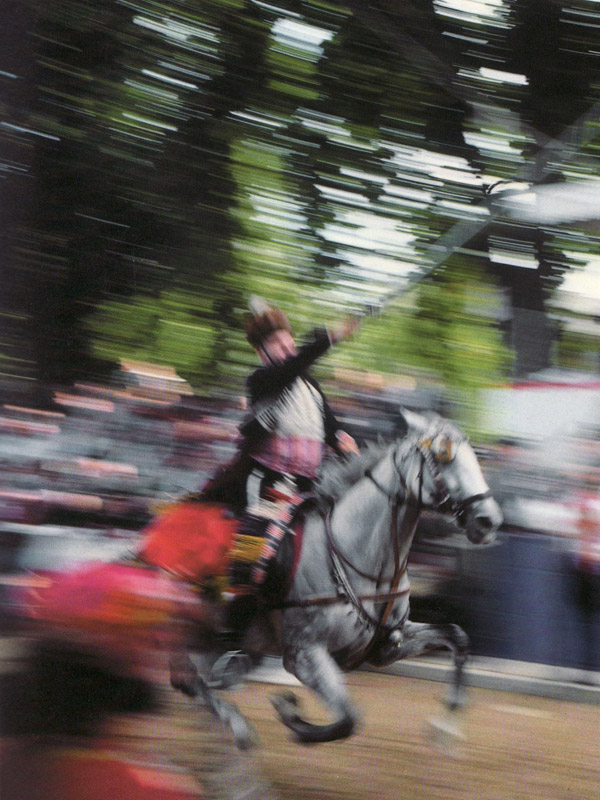 Minimum 11 and maximum 17 alkars the spearmen, including the commander (alajčauš), take part in the Alka competition. In each race the alkars run on horseback in the sequence determined by the Duke at the commander’s proposal. From the troop of squires chieftain, in consultation with squires and alkars, selects a squire to each alkar who helps him during the competition.

The Alka competition is carried out so that the alkar riding on the horse in full gallop throws his spear into the alka which hangs in the middle of the rope stretched horizontally between two pillars stuck at each side of the racecourse.

The alka ring is positioned at a height of 332 centimetres, if measuring the distance from the centre of alka to the ground. It is located in the middle of the track, 160 metres from the start or the so called “Biljeg” from where the race begins. The race finishes at the top of the racecourse, the total length of which is about 280 metres.