History of the Alka

The Alka of Sinj is a knightly tournament which is unique in Europe and it is held in Sinj every year in August. It is run in memory of the glorious battle of 1715, the Siege of Sinj, when the people of Sinj valiantly resisted Ottoman conquerors from the 7th to the 15th of August, and in honour of Our Lady of Sinj who, on the day of her Assumption, prevented the town from falling into enemy hands. 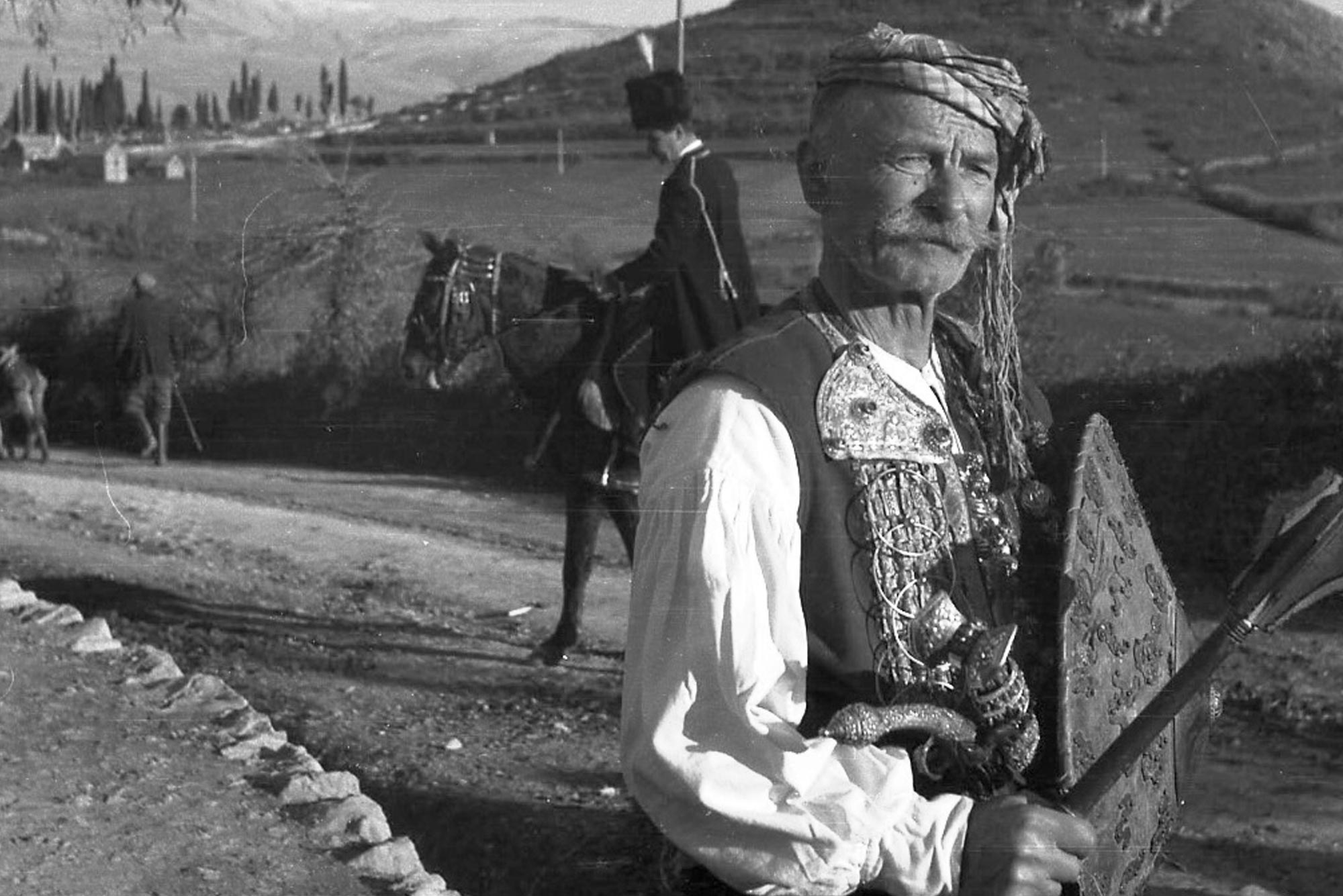 The Alka originated at the beginning of 18th century, representing a continuation – and the only remnant– of the numerous chivalric contests held in the larger towns of Dalmatia.. The most famous were those held in Zadar (up to 1820), in Imotski (up to around 1840) and in Makarska (up to 1832). In the second half of the 18th century, Ivan Lovrić of Sinj mentioned the custom of old-fashioned equestrian tournaments in Dalmatia, while the oldest known written mention of the Alka of Sinj comes from 1784. These are three sonnets and an ode written in Italian by a doctor and musician from Split, Julije Bajamonti. 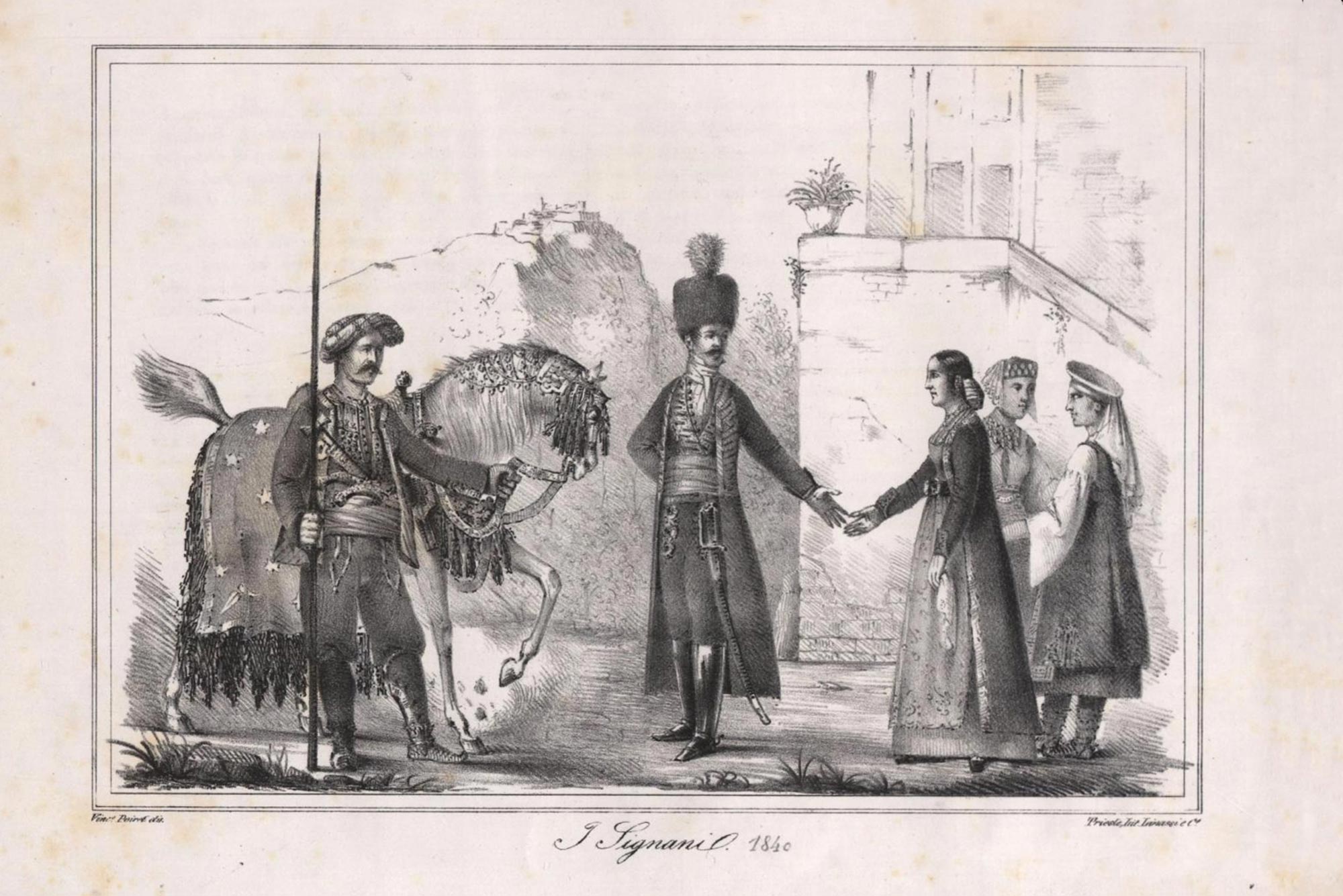 The oldest official document is a letter written on 10th of February 1798 which was, after the fall of Venice, sent by the Austrian commissioner for the newly-occupied regions to the commander of Sinj, Colonel Jakov Grabovac, in which he notified him that the Royal Commission had unanimously approved further competitions of the Alka in the Sinj region. The ceremonial speech of Steffaneo Carnea, the Austrian commissioner for Istria, Dalmatia and Albania hails from the same year and was held after the ceremonial Alka that was played in his honour on 14 May. Calling the Alka a brilliant spectacle, he praised the people of Sinj and the winner of the Alka Stjepan Vuletić, encouraging them to preserve this custom. 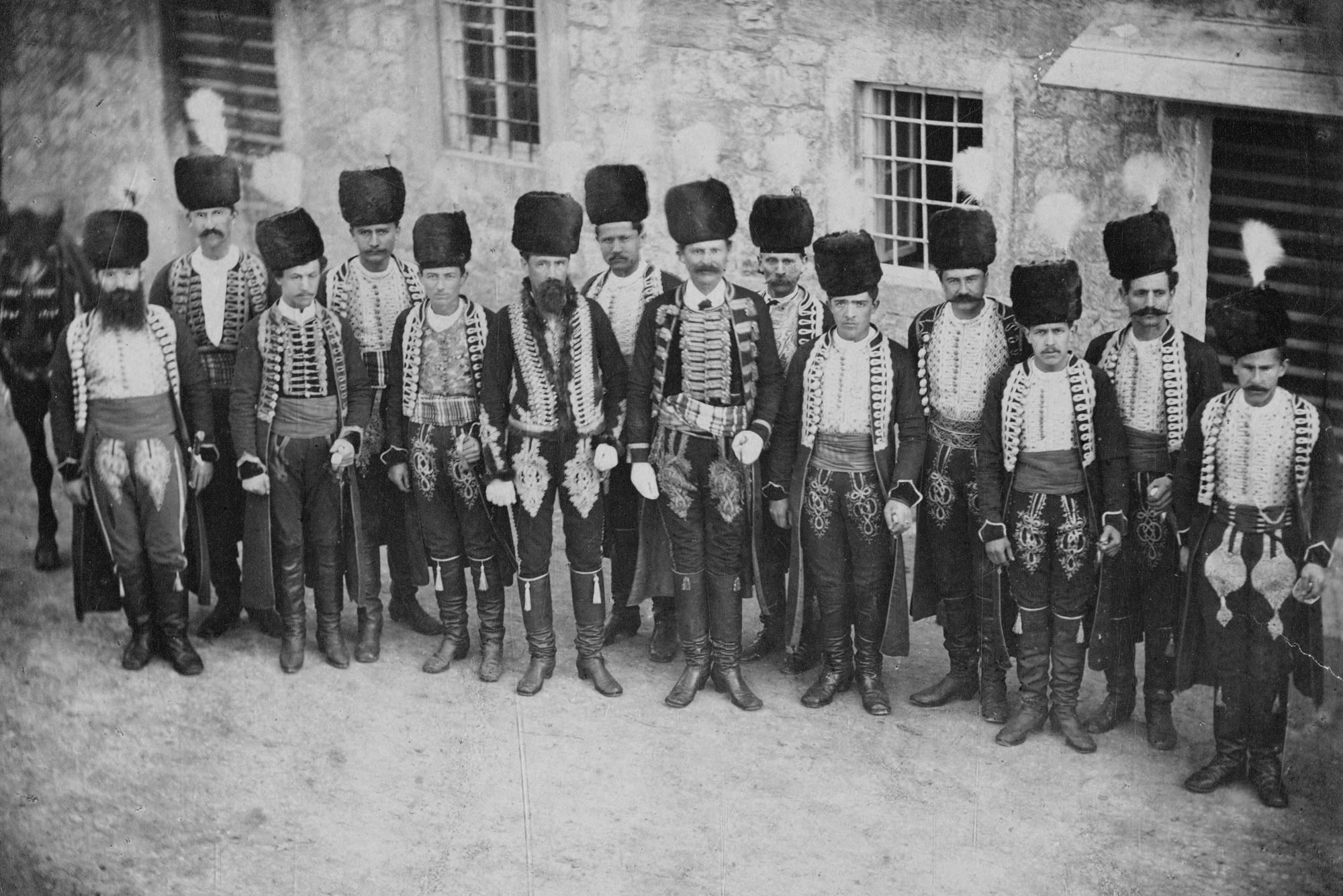 The history of the Alka shows that, in the 18th and early 19th century, during Venetian and early Austrian times, it was run in a somewhat different way than today. The regular annual Alka, with the prescribed winner’s award from the state, was run on Shrove Tuesday, while on the Assumption of Mary, the biggest holiday of Sinj, the customary Alka was run, for which prizes were provided by the local regional commanders. It was also run on various ceremonial occasions for which, just like for the Alka held on the Assumption of Mary, prizes were provided by local regional commanders. In addition to the Alka as it is today, another, even more complex form of the Alka used to exist in the past, where each alkar was accompanied by a chaperone who represented him in all things. However, this form of Alka ceased to exist somewhere in the mid-19th century. 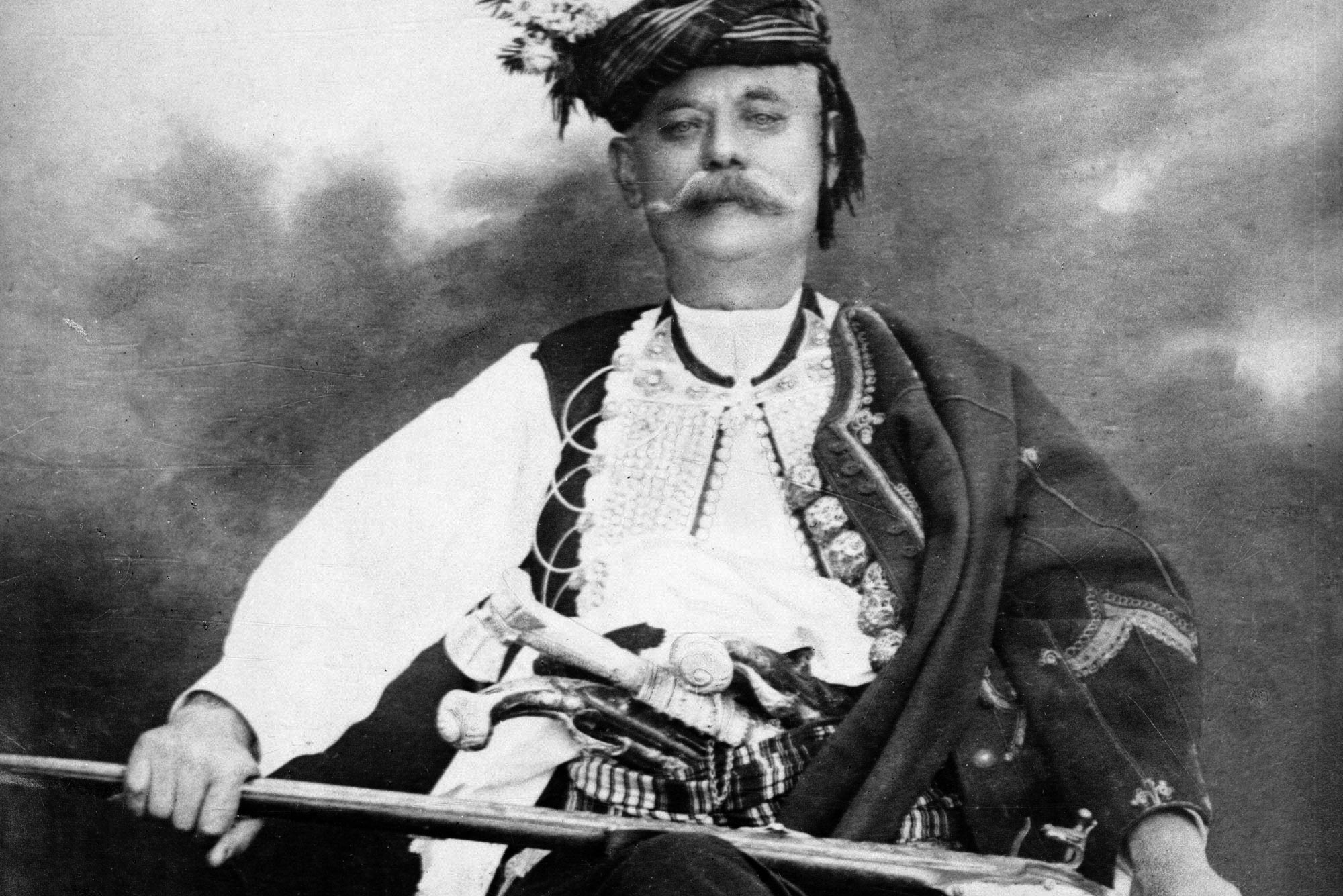 Starting from 1849, the regular annual Alka supported by the state started being held on the 18th of August, in honour of the birthday Franz Joseph I, due to which it, as it seems, merged with the customary Alka held on the Assumption of Mary. After this, ceremonial Alkas became less frequent. When Charles I acceded to the throne in 1916, the Alka started being run on his birthday, the 17th of August, and after the end of WW1, in the Kingdom of Serbs, Croats and Slovenes, in interwar Yugoslavia, it started being run on the first Sunday after the Assumption of Mary. For some time after World War Two, it was still held on this day, but later in socialist Yugoslavia it was moved to the first Sunday in August, as it has remained up to this very day. 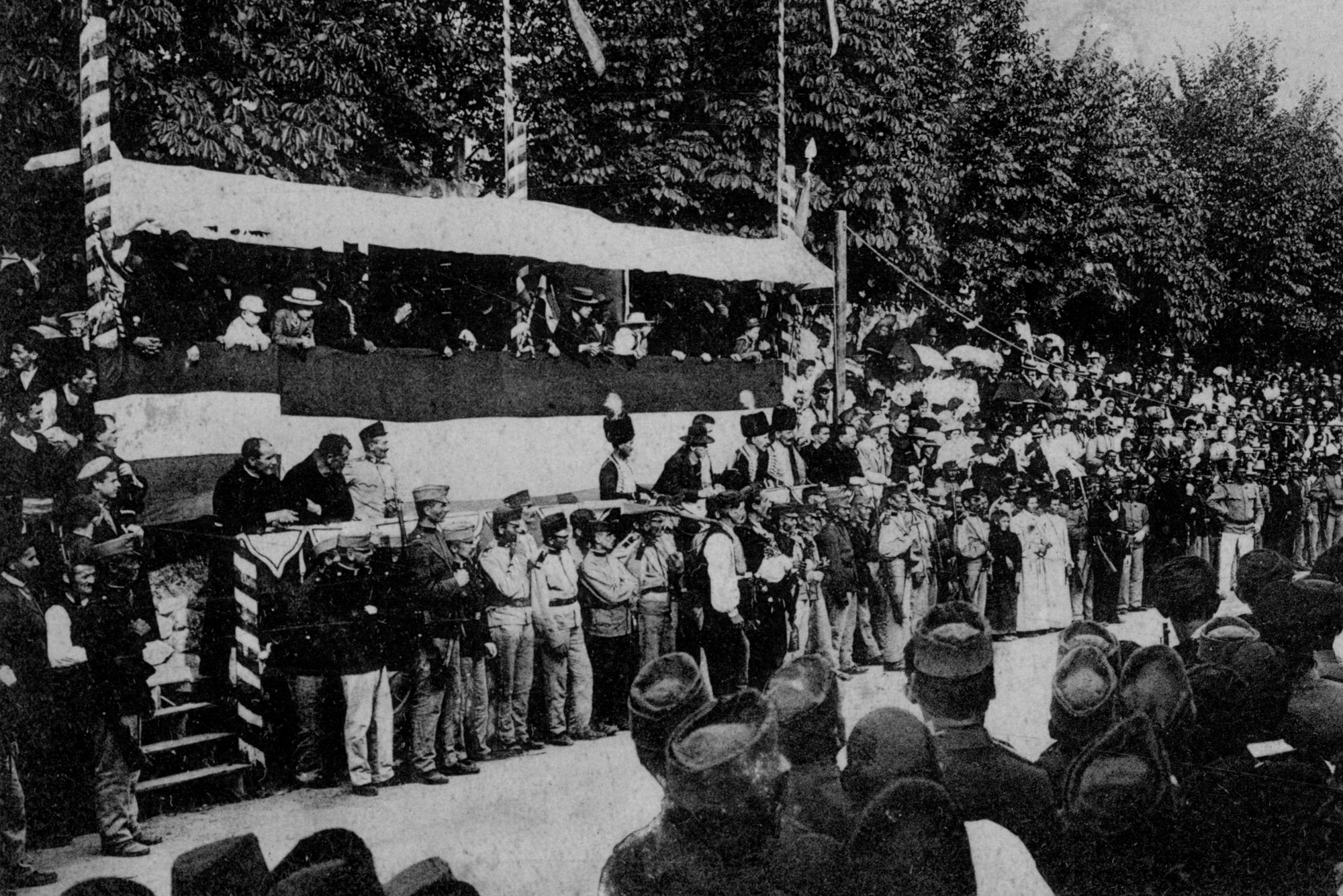 Let us mention some more outstanding dates and personalities from the history of the Alka. In 1818, the alka was run twice before Emperor and King Francis I, during the time that he was staying in Sinj in May. This marked the restoration of the Alka, as it was not run during the last few years under French rule (since 1811 or so) due to the rulers’ dislike of such old-fashioned customs. 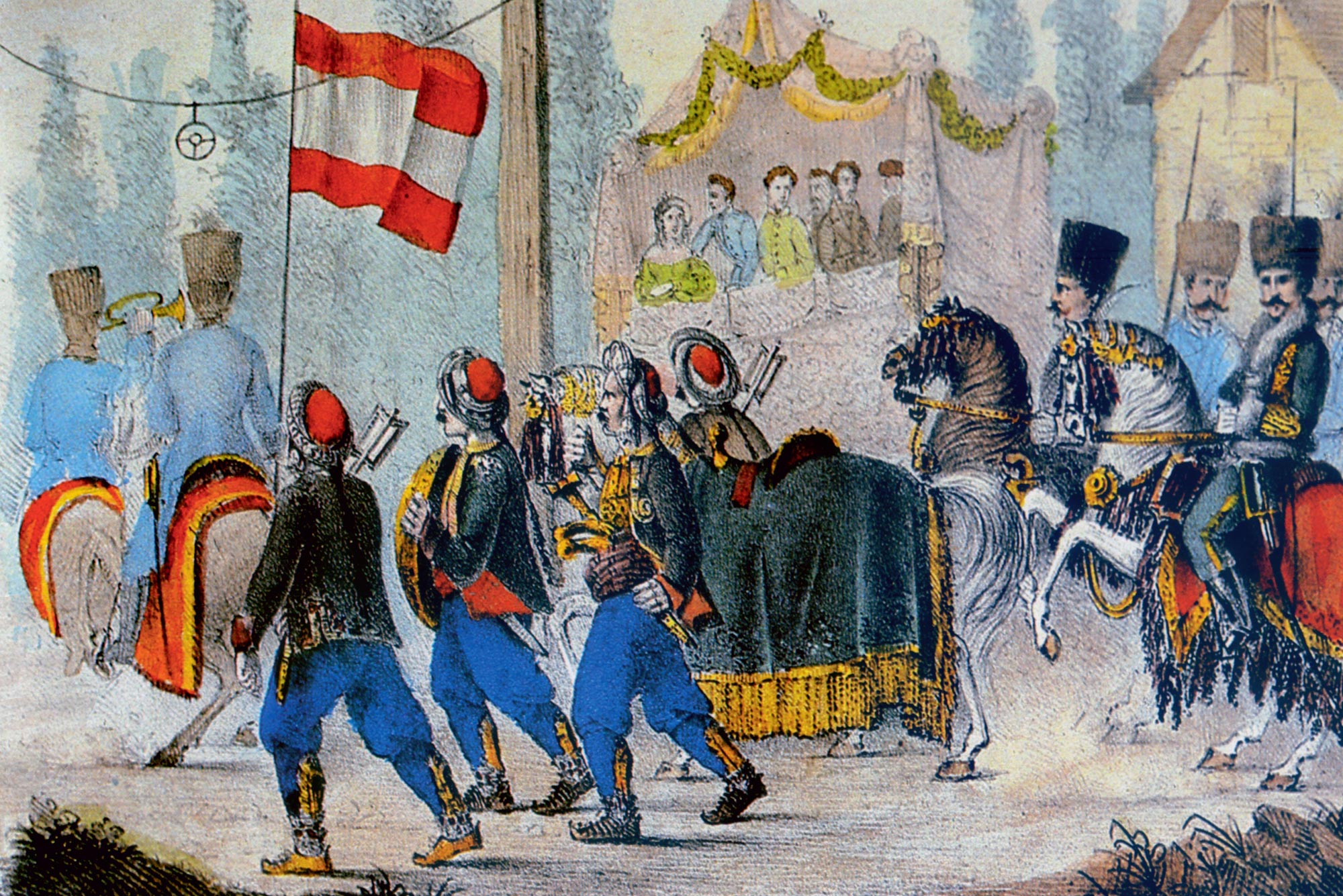 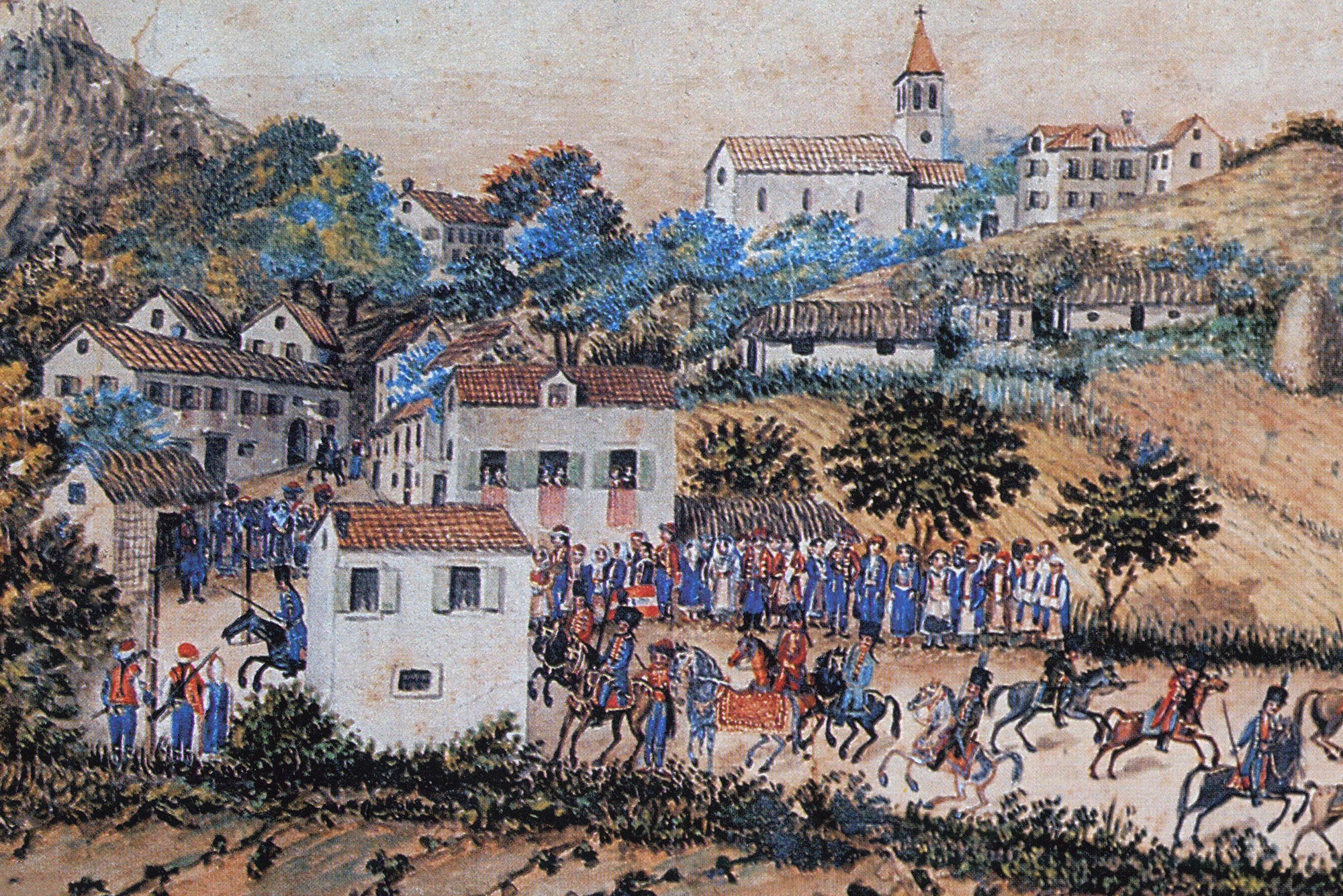 View of the racecourse in 1875 on the day of the Alka on the occasion of Emperor Franz Joseph’s I visit to Sinj. 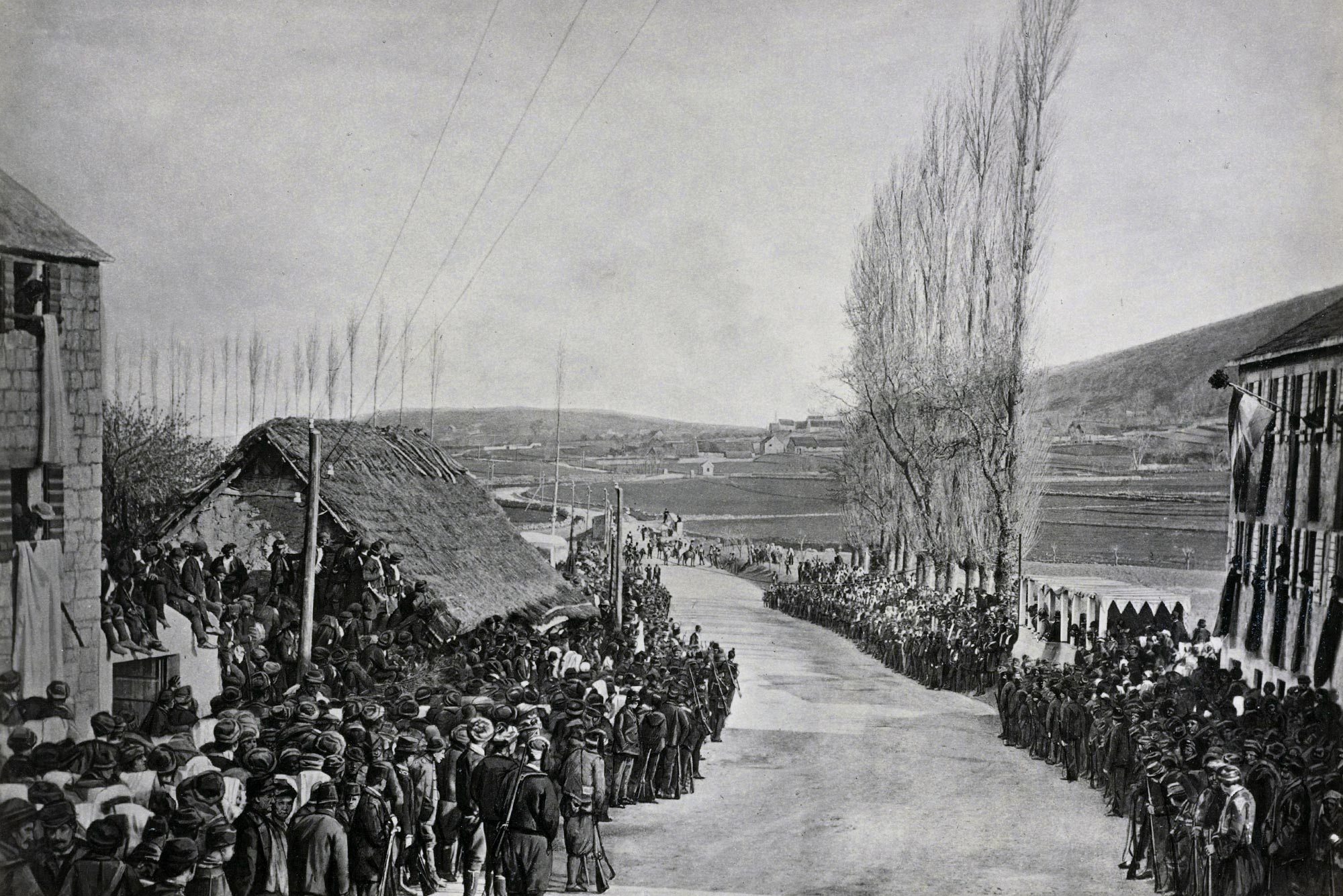 Alkars and squires have escorted Emperor Franz Joseph I to his residence in the house of the family Tripalo on the Žanko knoll. Both photographs were taken by Nikola Andrović, and are part of his album that commemorates the journey of Emperor Franz Joseph through Dalmatia in 1875. 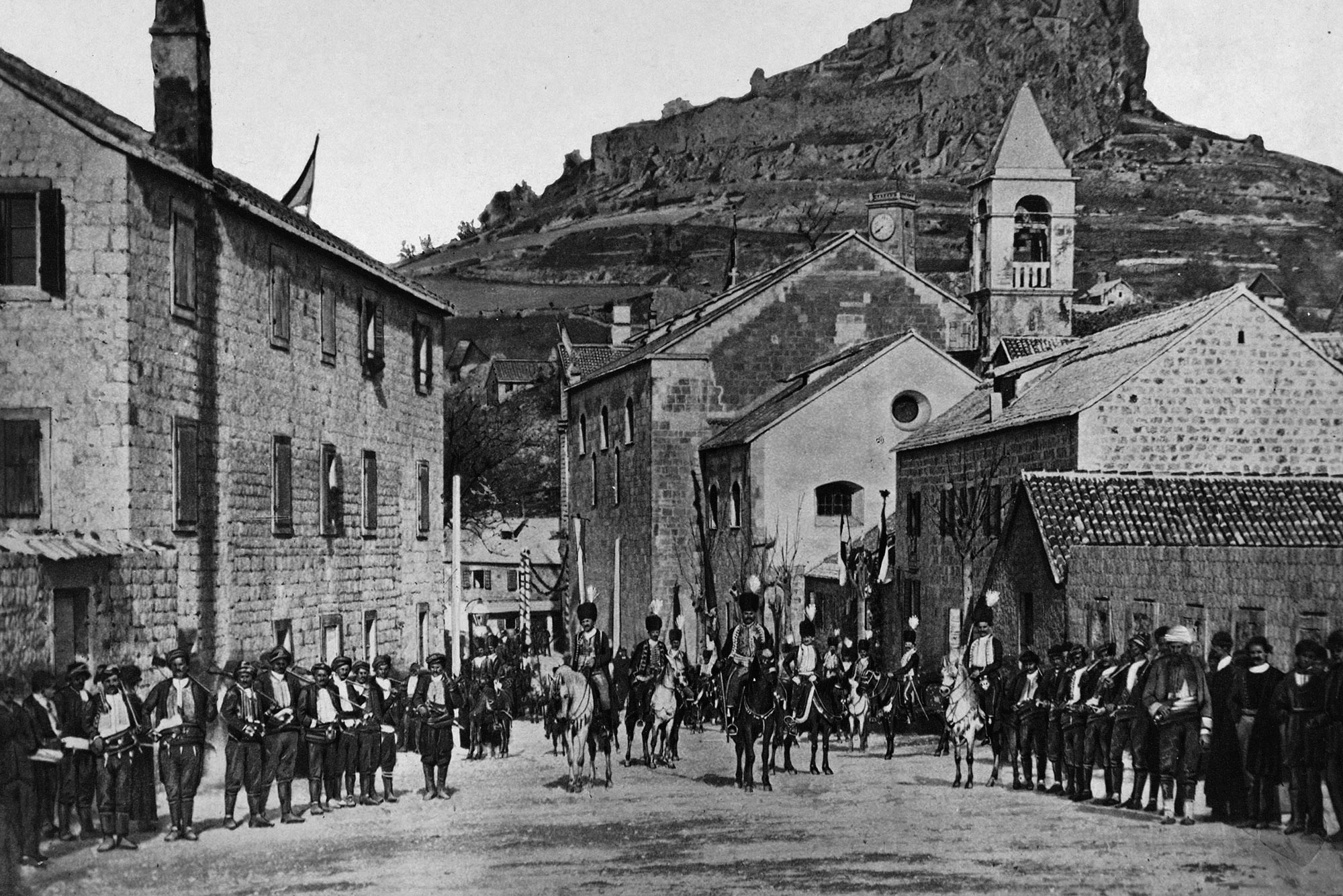 On the 14th of August 1887, a ceremonial alka was held in honour of the 200th anniversary of the arrival of the Icon of Our Lady from Rama. The winner was Nikola Cerinić, and he received a gold medal made by the Municipality of Sinj as an award. 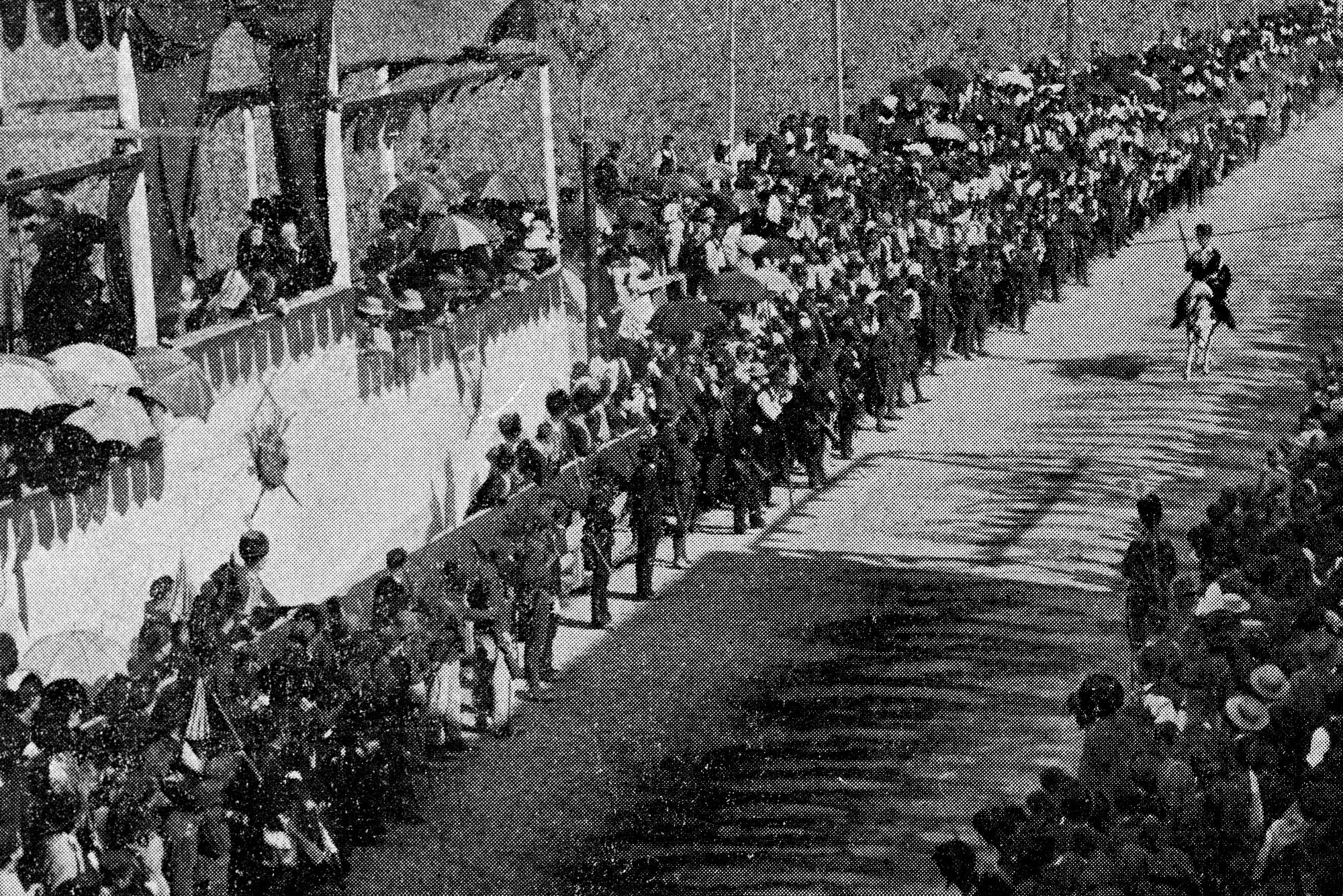 At the Jubilee Alka, its 250 anniversary, in 1965, President of Yugoslavia Josip Broz Tito was present. 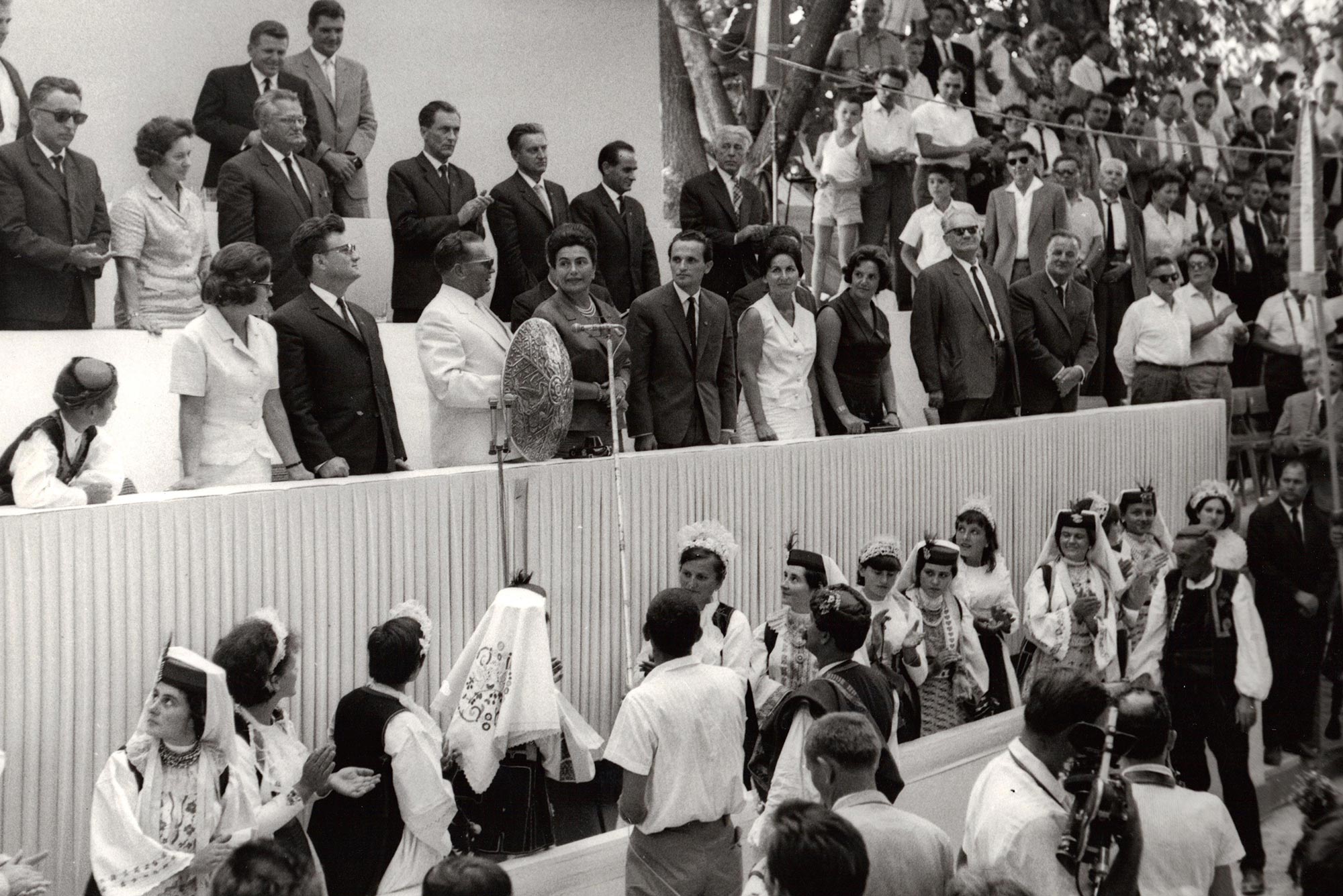 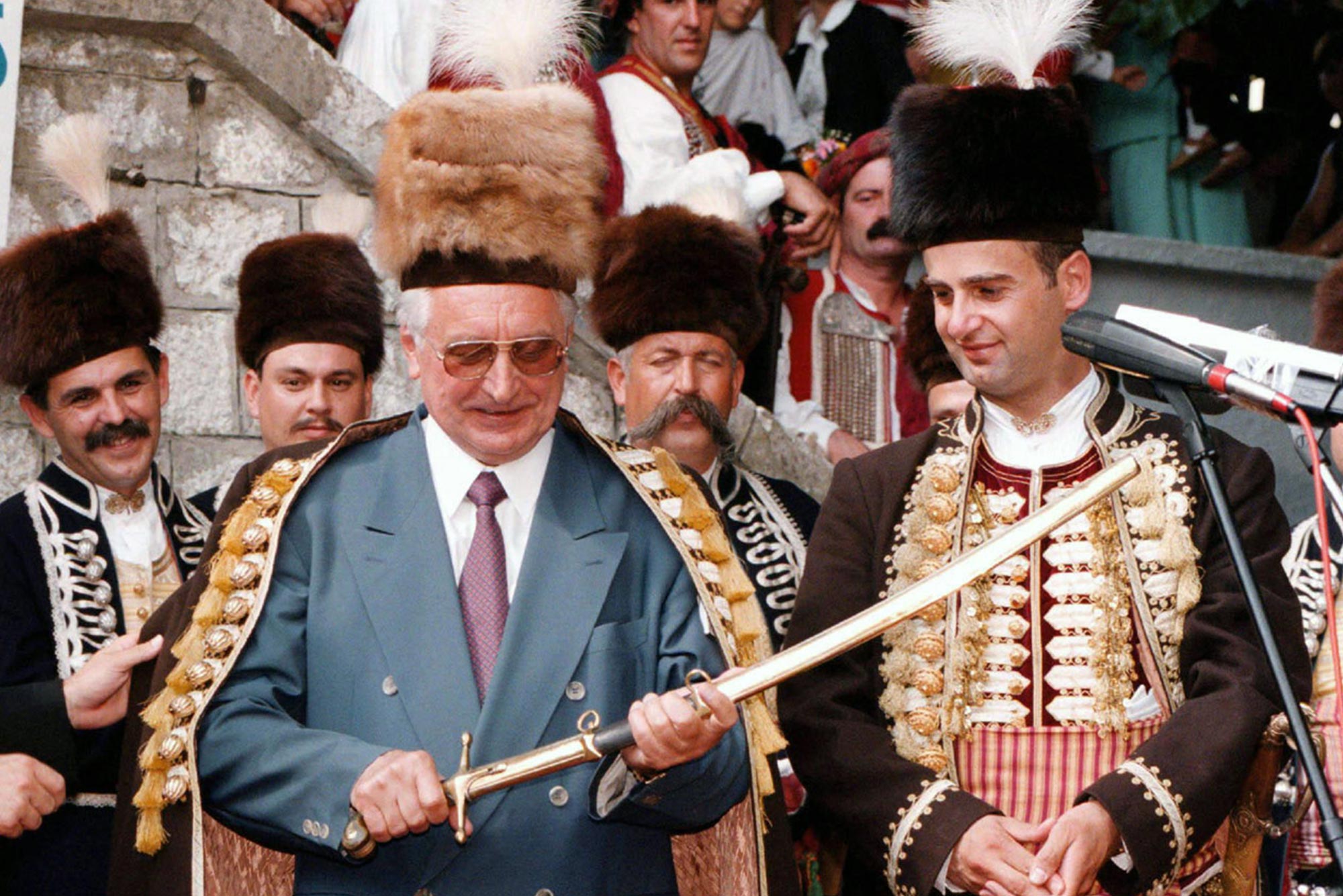 Stjepan Mesić, as President of the Republic of Croatia, participated in the Alkas of 2007 and 2009. 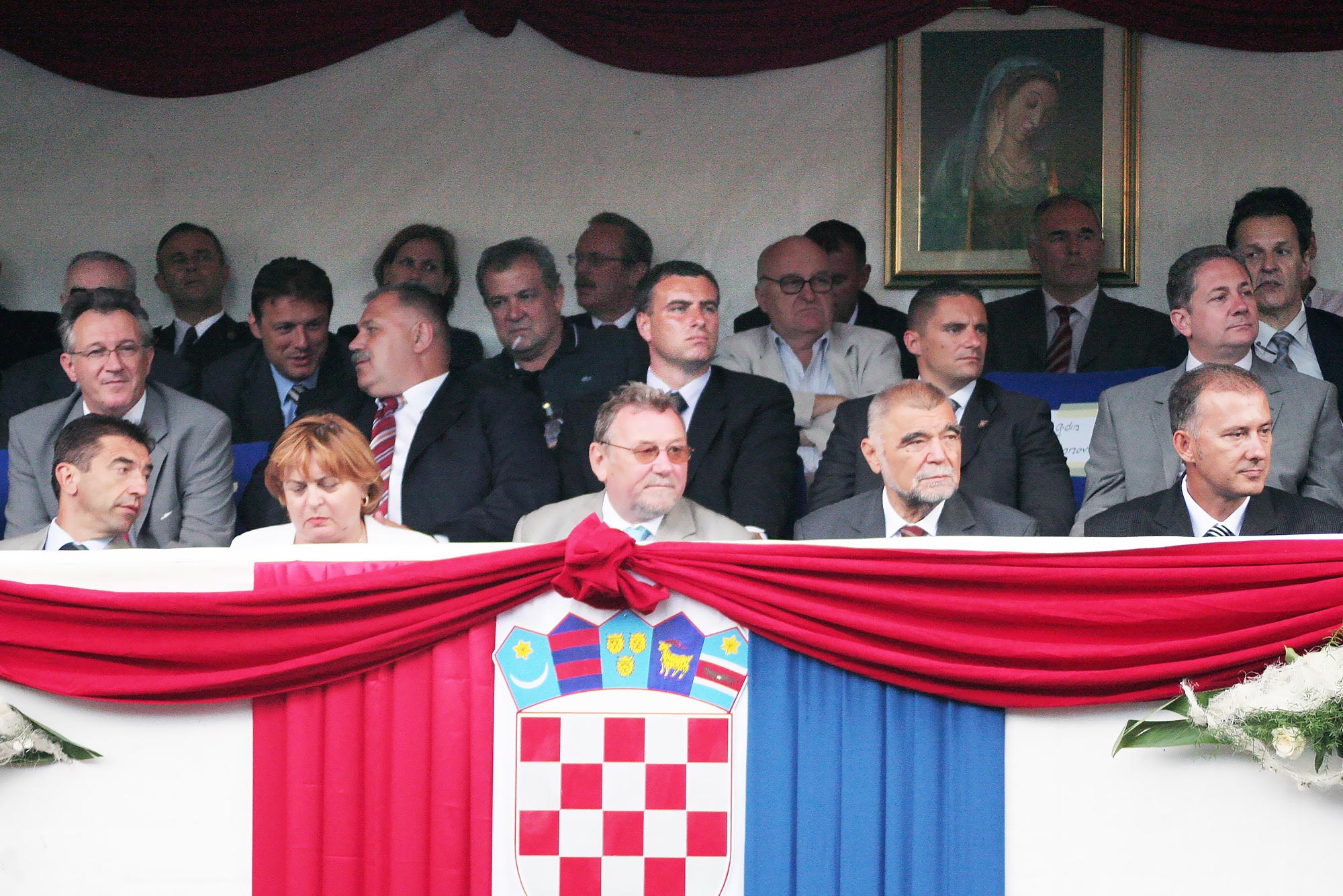 President Ivo Josipović attended the Alkas between 2010 and 2014. 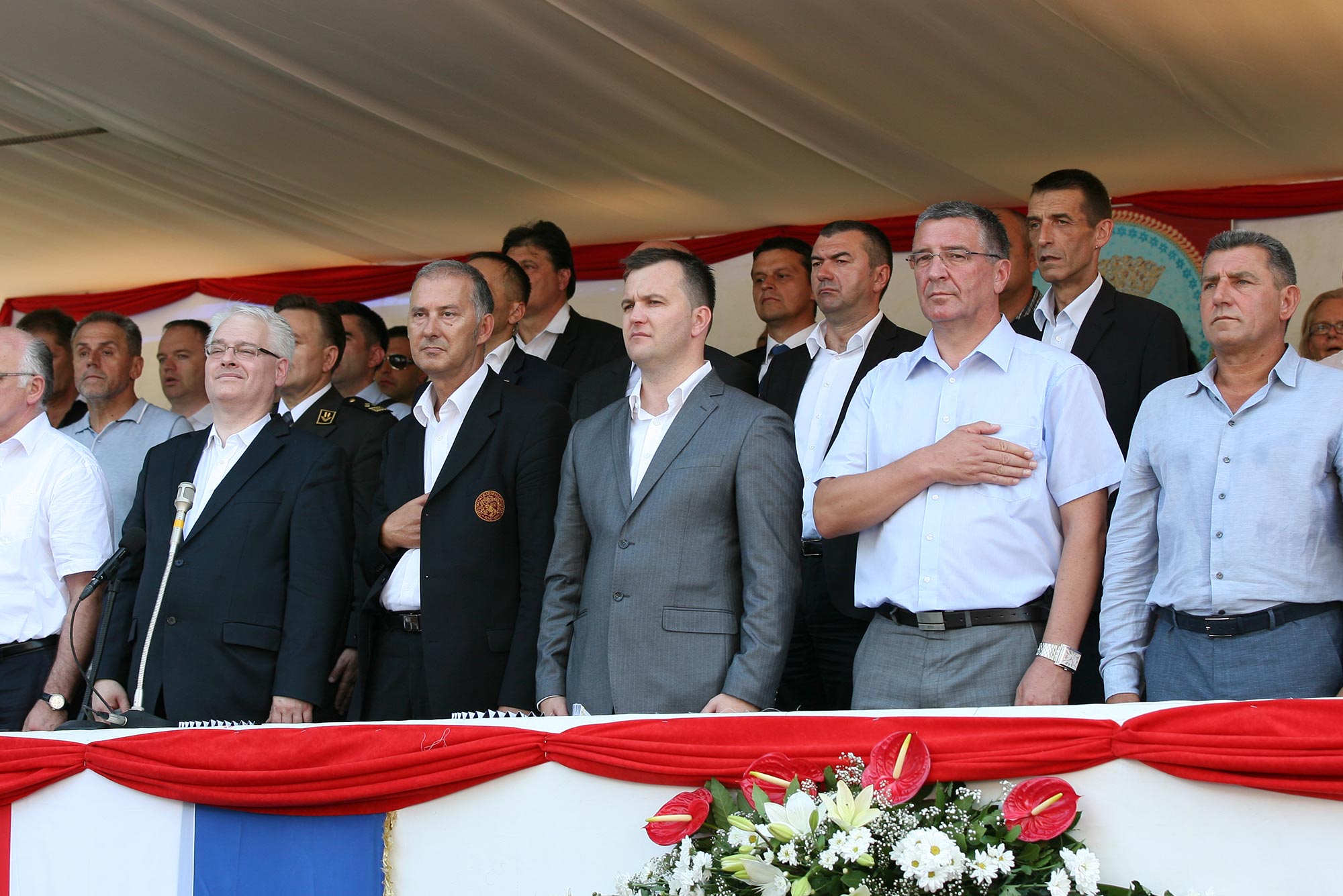 President Kolinda Grabar Kitarović participated in the Alka between 2015 and 2017. The people like to say: two emperors, five kings and five presidents have (so far) attended the Alka! 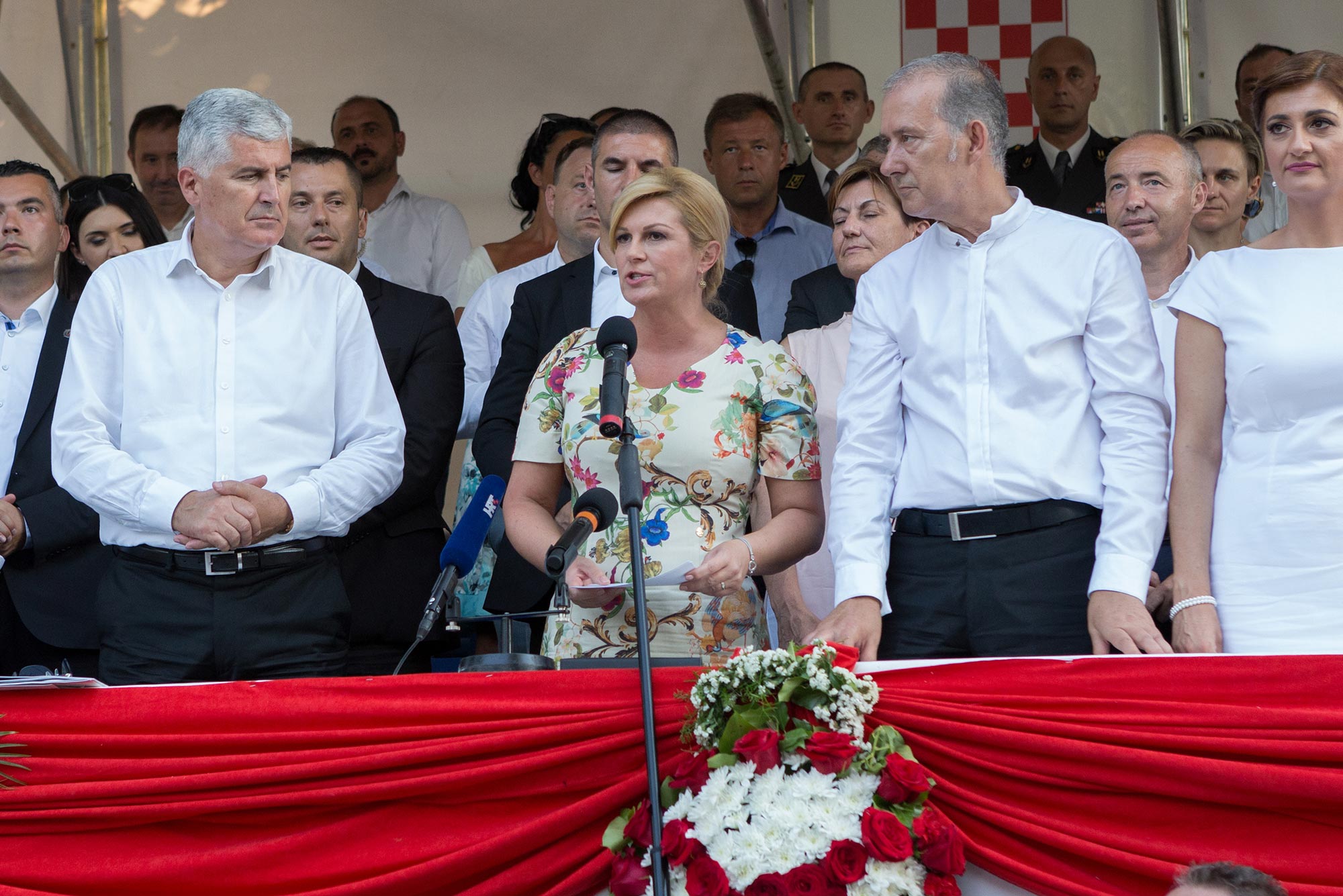 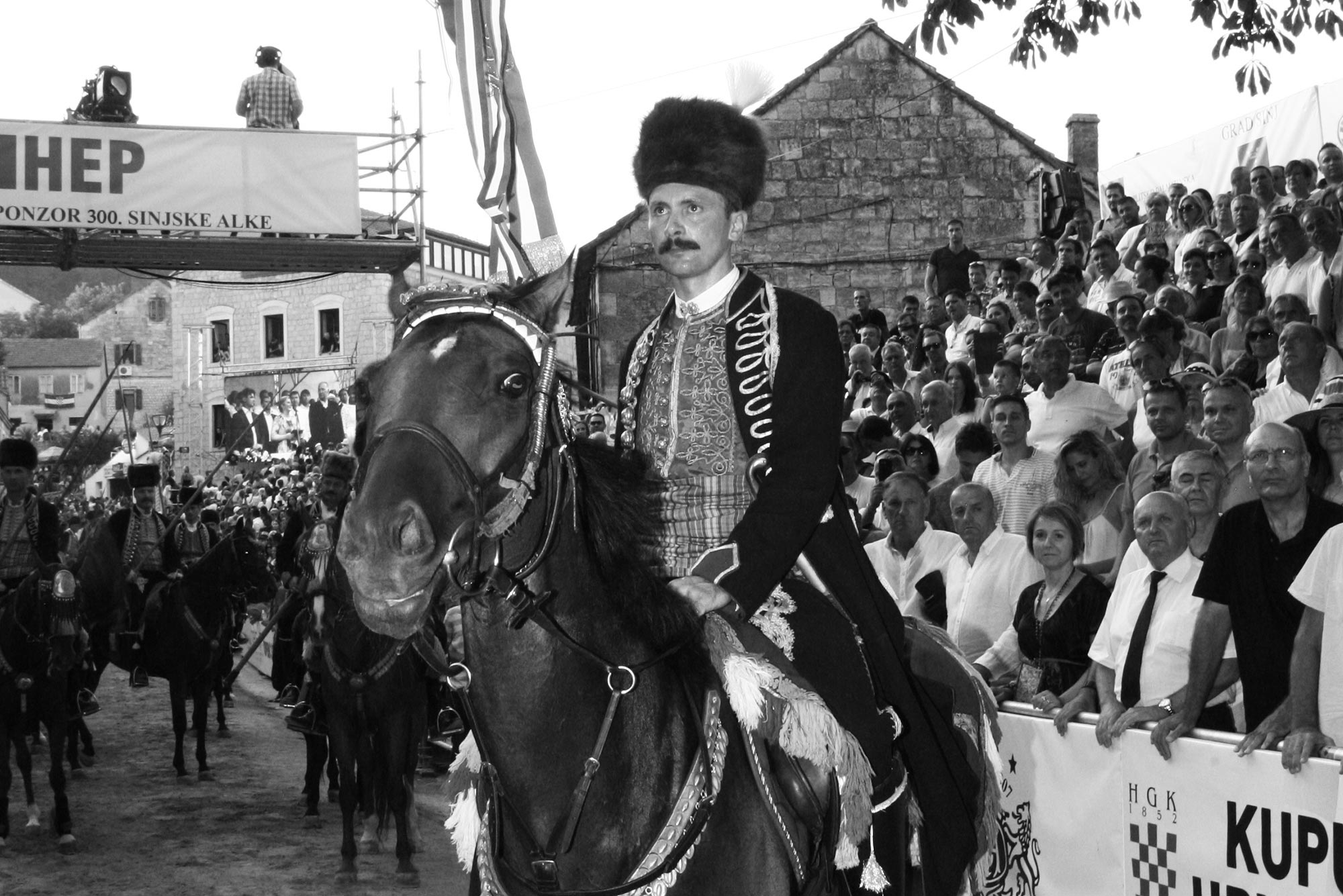 In 2017, as a gift from Sinj and the Cetina region to the heroic Croatian city of Vukovar, a ceremonial alka was played in Vukovar on the 6th of May. The winner was Ante Zorica. 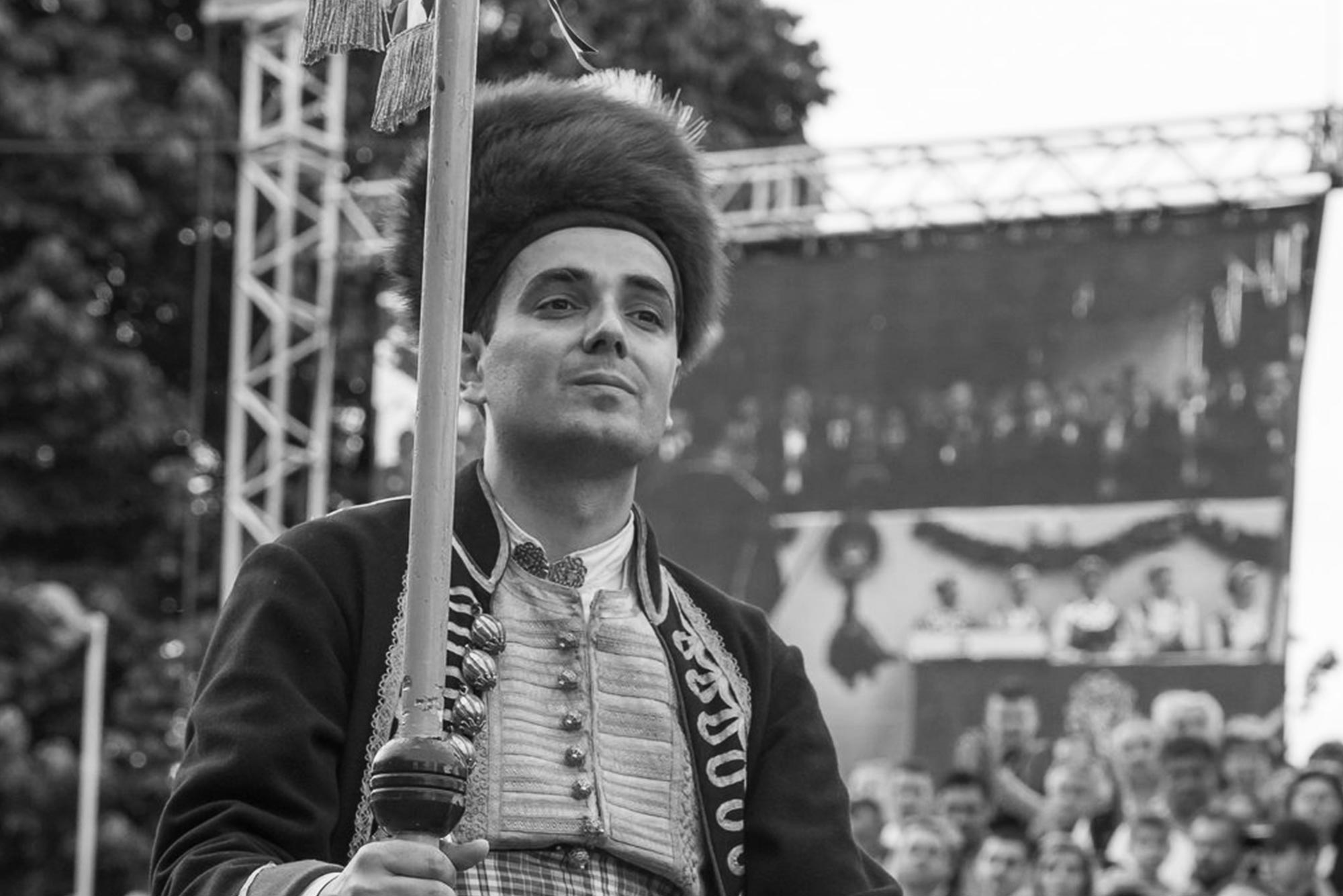 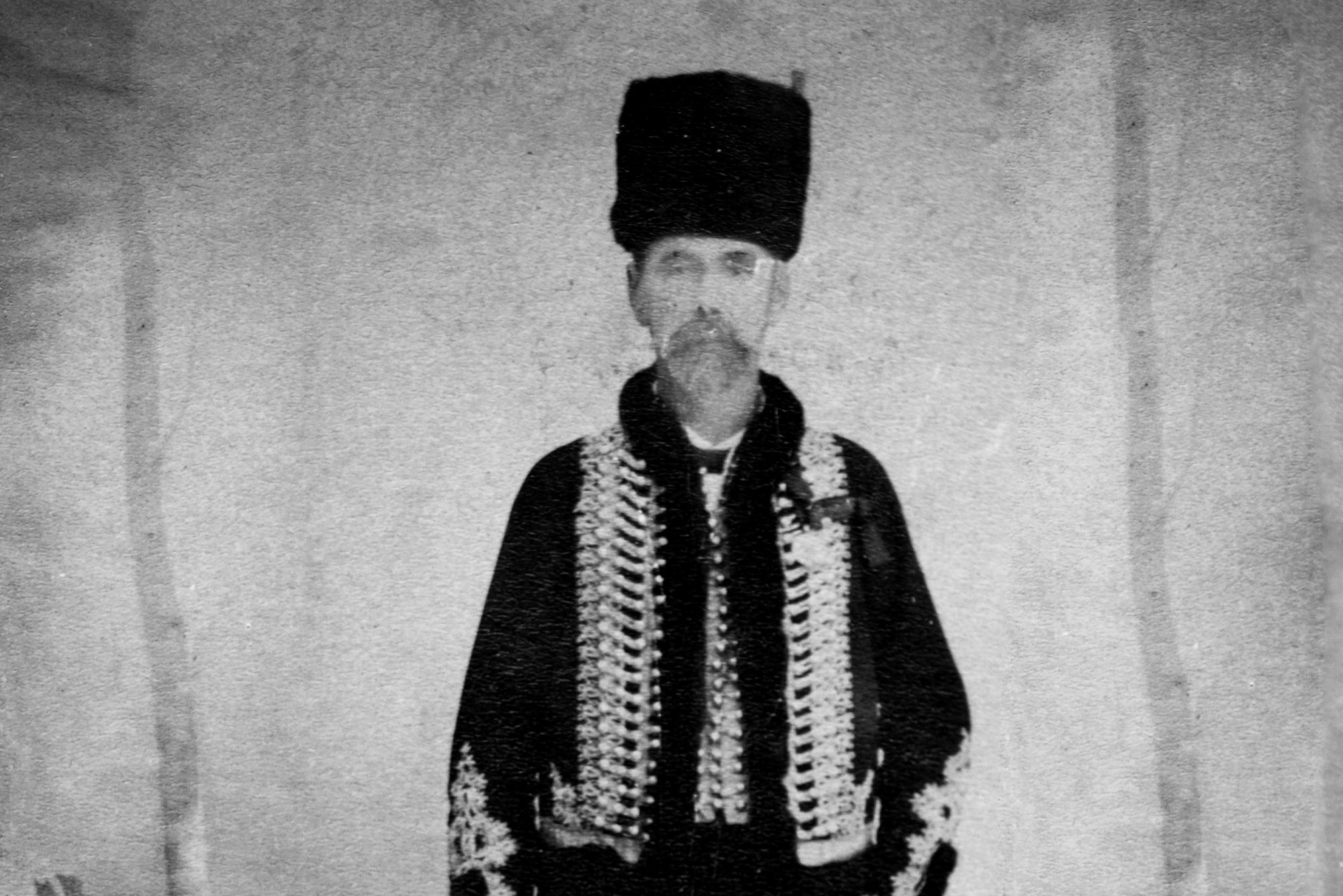 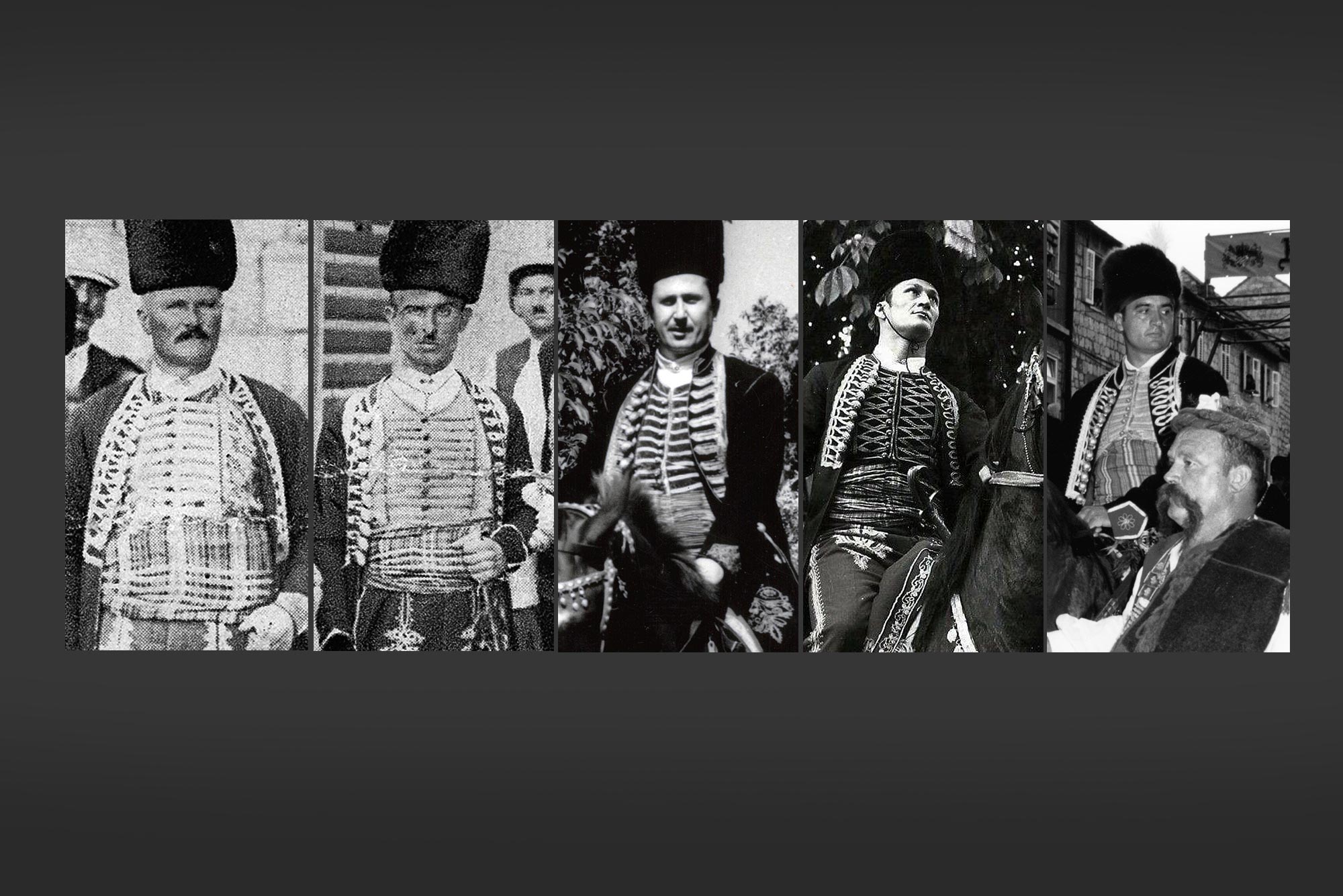 The oldest preserved written rules on the Alka, created on the basis of older rules, date from 1833, which was when they were compiled into a Statute. This Statute is very similar to the rules of similar knightly tournaments of the Europe that existed up to the early 18th and late 19th century, for example in the region of the Venetian Republic, where the Alka was called la giostra con l’anello. 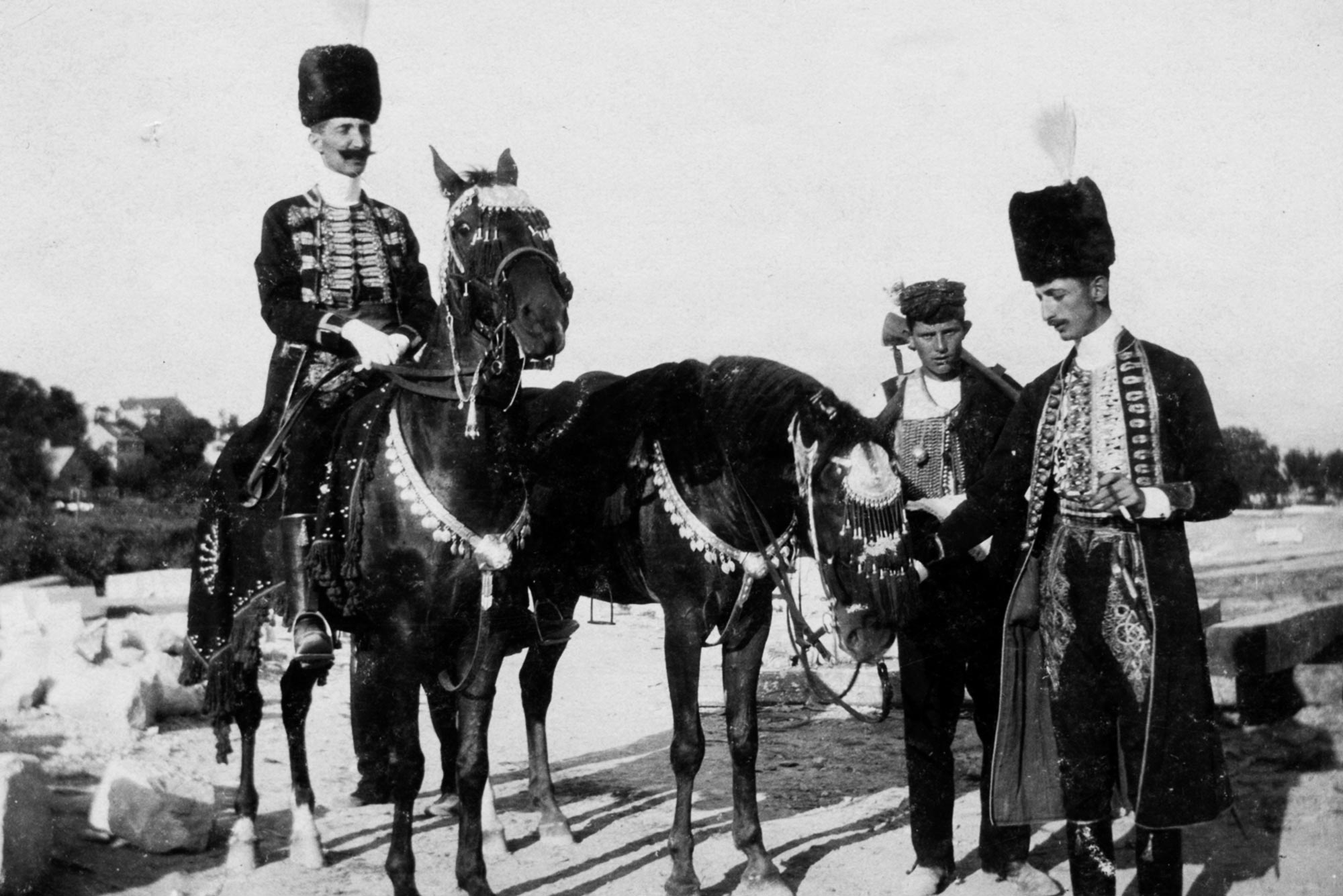 Participation in the Alka od Sinj has always been limited to the local population, i.e. natives of Sinj and the Cetina region. Certain families had a pronounced tradition of participating in the Alka. In addition, it seems that the Alka of Sinj also distinguishes itself by the fact that the alkars’ squires – assistants and escort of the alkars – are not mere servants (lacchè in Italian giostra), but also their comrades in battle that have their own commander and march in the front of the procession in their own troop. The Alka is the only competition from the large European family of knightly tournaments that has survived in continuity for three centuries, up to this very day. 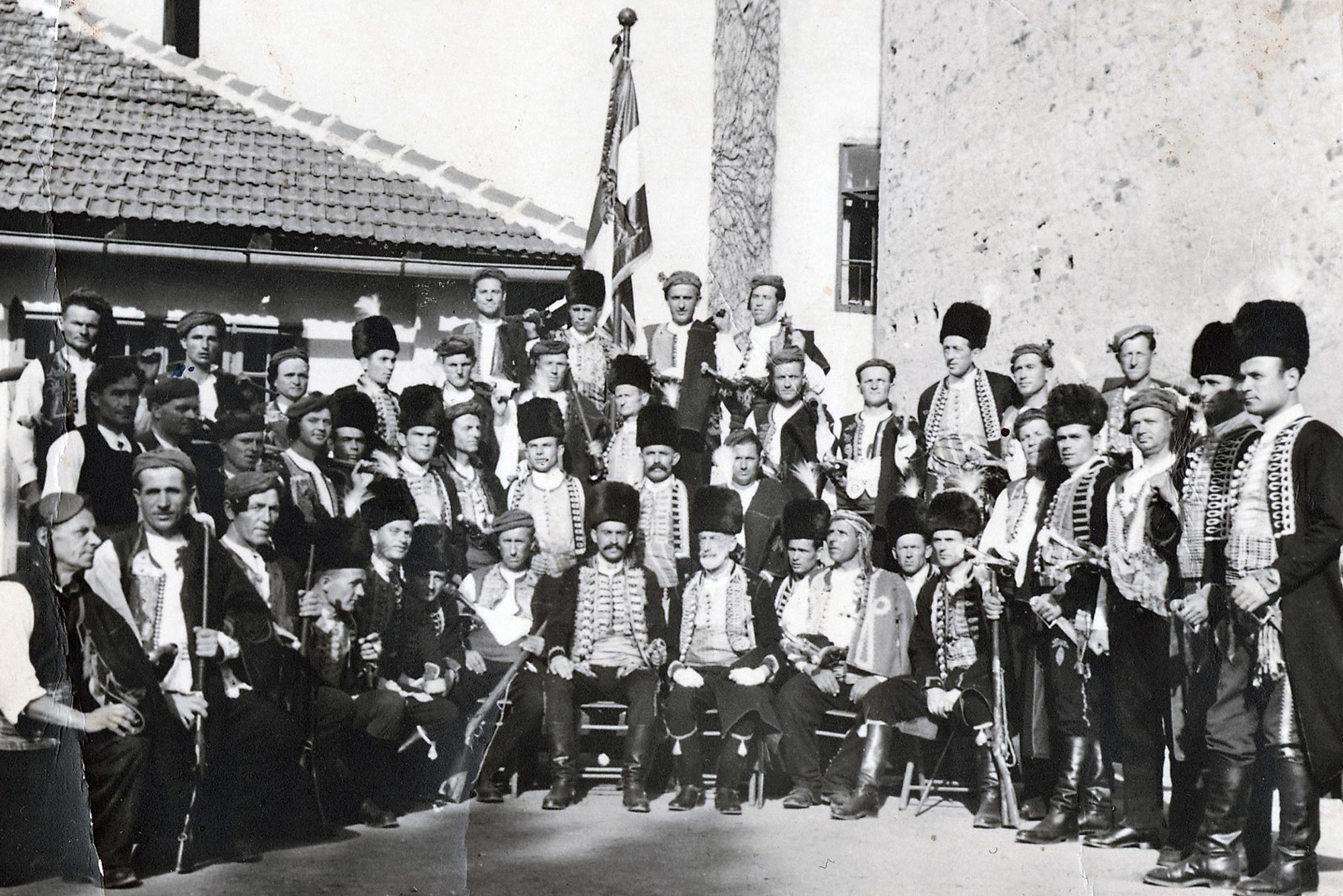